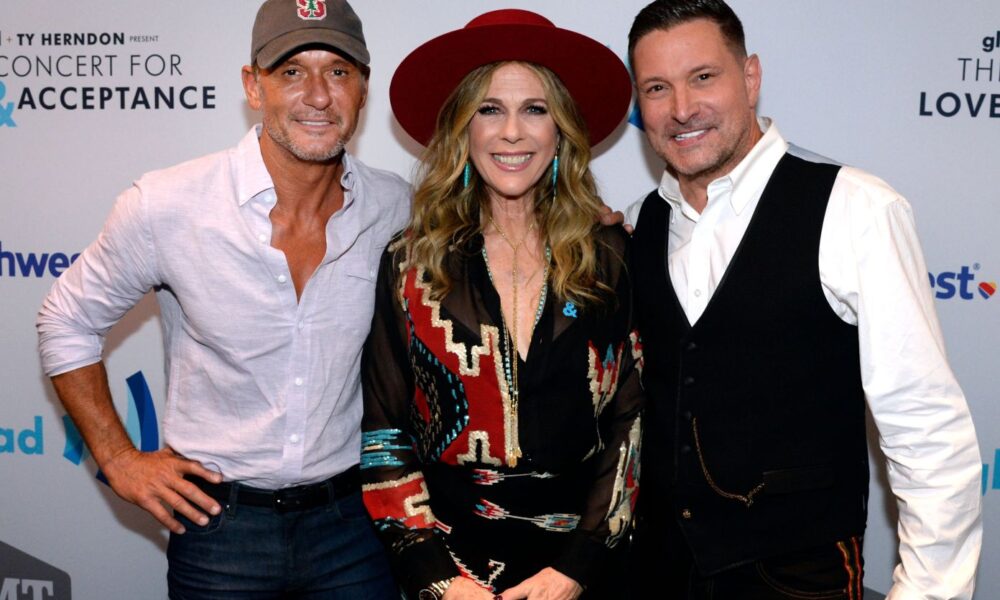 Megastar Daughtry performed a special acoustic set at the event, which featured a coalition of artists and celebrities appearing and performing to accelerate acceptance for LGBTQ people. Singer, songwriter, actress and producer Rita Wilson performed several hits from her album “Halfway to Home.” Surprise guests included Gavin DeGraw and Hunter Hayes, who took the stage to perform two hits each.

Backstage, iconic country couple Faith Hill and Tim McGraw stopped by to show their support for LGBTQ acceptance and for their personal friend Rita Wilson. Check out the photo here.

Backstage, iconic country couple Faith Hill and Tim McGraw stopped by to show their support for LGBTQ acceptance and for their personal friend Rita Wilson
Rita Wilson speaks out on Pride month and tells LGBTQ people “be true to yourself”: https://www.instagram.com/p/ByY_15igw8i/?igshid=1k2c8dg6ogx5j.

“This has become the world’s largest LGBTQ country music event, and this year’s incredible lineup sent a powerful message of allyship to kick off LGBTQ Pride month,” said Zeke Stokes, Chief Programs Officer at GLAAD and Executive Producer of the 2019 Concert for Love & Acceptance. “Each year, the Concert for Love & Acceptance gets bigger and better, and some of the biggest names in country music as well as up and coming artists are making it a priority stop on their CMA Fest schedule.”