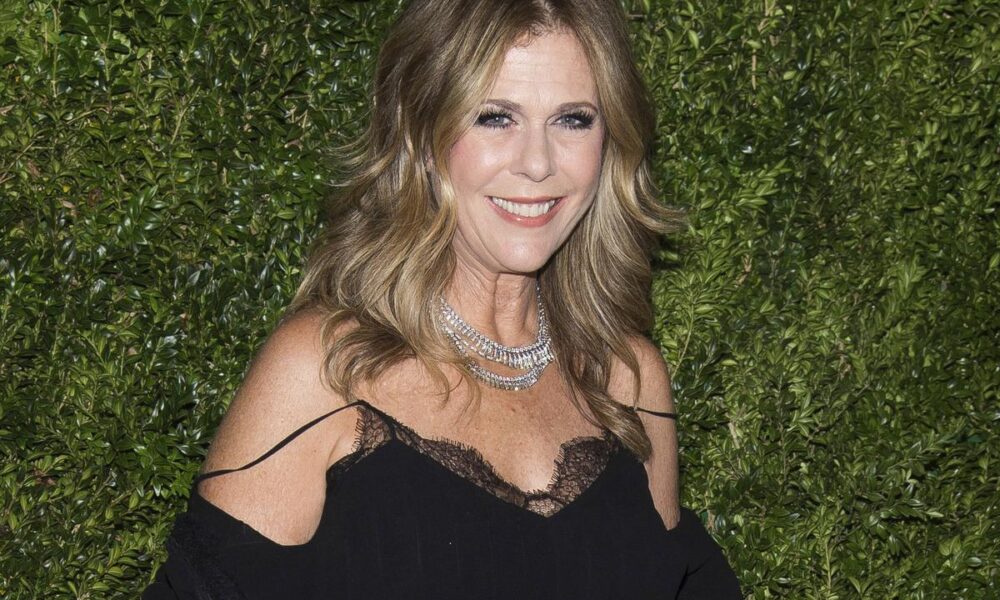 Rita Wilson and hit songwriters to perform in Costa Mesa

Rita Wilson always wanted to be a songwriter. Instead, she took another route – you know, the one where she became a Broadway star, blockbuster hit film producer, and popular film and television actress.

But despite all of her success that spans over four decades, Wilson – who is famously married to the multi-Academy Award-winning actor Tom Hanks – still yearned for the opportunity to write and perform songs. It was not until she starred in the main role of Roxie Hart in the Broadway musical “Chicago” in 2006, that she was encouraged to pursue music.

“I had met and became friends with Kara DioGuardi, who had taken on the role of Roxie after I had done it, and she was the first person who suggested that I try songwriting. Up until then, I never believed I could even be a singer, so songwriting seemed way out of my league,” said Wilson.

Taking chances is what drives her though, Wilson said, and in 2011, she opened for the band Sugarland with a set of cover songs at the Conseco Fieldhouse (now Bankers Life Fieldhouse) in Indianapolis. A few months later, she released her debut album “AM/FM,” a collection of ’60s and ’70s cover songs.

Her cover album fueled Wilson’s urge to write original music, and in 2016, she released her first full self-titled album. The album was co-written with Dan Wilson, who co-wrote Adele’s “Someone Like You” and the Dixie Chicks’ “Not Ready to Make Nice,” along with other major collaborators including DioGuardi, Babyface, Sugarland’s Kristian Bush, Ron Aniello (producer for Bruce Springsteen) and Nathan Chapman (producer for Taylor Swift).

Now, with two albums under her belt and another in the works, Wilson not only knows what it takes to write a song, but wants to acknowledge those who have written the world’s greatest hits. In her new concert production “Liner Notes: Songwriters, Stories and Music,” which will be presented at the Segerstrom Center for the Arts on Friday, Wilson will perform with notable songwriters Billy Steinberg, Holly Knight and Desmond Child.

“The idea of ‘Liner Notes’ came from those days when we would get our vinyl albums and pull out the big sleeve, and on that would be all the liner notes with every songwriter, background artist and musician, and I felt like I knew who these people were by the choices they made in these songwriters,” said Wilson,

“That’s something I feel like we’ve lost. In the new world of media, you don’t know the names of the writers who are bringing these songs in your life, so I thought, ‘Hey, we need to highlight these writers.’”

The concert will present an evening of live music with stories behind each of the songs, told by Steinberg, who co-wrote such hits as Madonna’s “Like A Virgin,” Cyndi Lauper’s “True Colors” and Heart’s “Alone.” Knight will also share her stories of penning some of the biggest world hits, including Pat Benetar’s “Love is a Battlefield” and Tina Turner’s “Better Be Good to Me.”

Also joining the stage will be Grammy Award-winning songwriter-producer Desmond Child, whose collaborations include Bon Jovi’s “Livin’ On a Prayer” and “You Give Love A Bad Name” and Aerosmith’s “Dude Looks Like a Lady.”

“The songwriters will tell the stories behind their hits but also interact with eachother with the loose chemistry of artists in a room together, almost as if the audience is eavesdropping on their conversations,” said Wilson, “There’s something about the artistry and evolution and process of songwriting that we don’t really get access to, and that’s what I love about putting something together like this, and hearing all those stories and the humanity behind it.”

Wilson said she felt like she always had it in her to sing and perform music, but she did not know how to pursue it until now.

“My parents were immigrants and weren’t in the music business, and I didn’t have any connections. I used to work at an amphitheater where musical acts came through, and I remember I had this aching feeling of ‘How do you do that? How do you get up there? How do you get a band?’ And I didn’t know anybody who knew.”

The road to songwriting has been a long one for Wilson, who has had major personal triumphs, such as starring in the hit films “Runaway Bride” and “Sleepless in Seattle,” and television shows, such as her current recurring role in “Girls,” as well as producing the hugely popular film “My Big Fat Greek Wedding” and its sequel. She has also experienced tribulations, including being diagnosed with breast cancer and undergoing a double mastectomy and reconstructive surgery in 2015.

Wilson has used songwriting as a creative outlet to express her life’s victories and challenges.

“This has been the most creatively satisfying thing I’ve ever done. When you’re writing a song, there’s the immediacy and intimacy of it that is something you don’t often get in acting, because it’s someone else’s lines,” said Wilson. “I’ve used songwriting to express so much, because I have so much more connection and control over what I’m trying to say; this gift couldn’t have come at a better time for me.”

Wilson’s mission to spotlight the geniuses behind famous songs has also been a satisfying experience, she said, which she hopes the audience will feel too.

“When you hear the story behind why Billy wrote ‘True Colors,’ which I won’t reveal because it is his story, it’s just beautiful. He had a first verse that he ended up not using but he will share it in the show, and wow, you see the whole evolution of the song,” said Wilson, “There is just something about hearing the songwriter sing their own material that gives you a whole different connection to the song.”