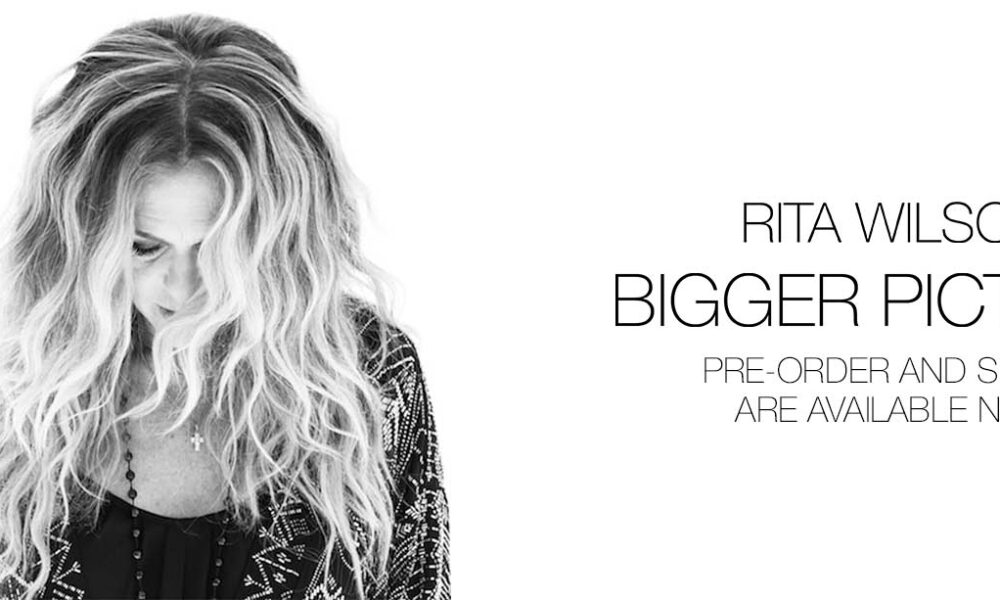 Rita Wilson announces her new album, Bigger Picture, to be released on September 28 on her imprint Sing it Loud, distributed by The Orchard.  She shares the title track today with fans – listen here. Rita comments, “The song ‘Bigger Picture’ is about taking stock of who you are and how you got to certain places,” she says. “As a woman, as a human being, we all consider where we’ve been, where we are, and how we got there.”

With her third album, the multi-faceted artist takes a bold step forward in the latest chapter of a remarkable journey. She dives headlong into songwriting following a series of personal challenges. Bigger Picture sees her joining forces with some extraordinary musical collaborators. As a result, she has crafted a revelatory set of songs which allow her to tell stories—including her own—in entirely new ways.

The album delves into such themes as perseverance (“Go On Through It”) and romantic disenchantment (“Broken Man”). Additional highlights include “Tear By Tear”—written with Lindy Robbins (Jason Derulo’s “Want to Want Me” and “Skyscraper” for Demi Lovato) and Alex Reid (Andra Day’s “Amen”).

Wilson explains, “What I’ve learned with songwriting is to always tell the truth, to never settle for something that’s just okay,” she says. “And to have found that at this point in my life is a gift.”

On Bigger Picture, Wilson reunites with producer Fred Mollin (Johnny Mathis, Jimmy Webb, and Kris Kristofferson), the pair last worked together on her debut album AM/FM in 2012. Bigger Picture expands on Rita Wilson’s gifts as a storyteller and vocalist. The songs were co-written with some of the finest and most accomplished songwriters in Nashville, including the Warren Brothers (who have scored hits with the likes of Tim McGraw, Dierks Bentley, and Toby Keith), Kristian Bush of Sugarland, Darrell Brown (LeAnn Rimes, Keith Urban, Ariana Grande), and many more.

Bigger Picture is the first in a series of three albums that Wilson plans on releasing in the near future. “I grew up loving country music and loving pop,” she says. “But making records, you quickly get the message that you have to pick your lane and stay in it. I’m not sure what that is for me, so I set out to write an album that captured both.”

Bigger Picture is the follow up to Rita’s previously released AM/FM (2012) and self-titled Rita Wilson (2016). Both were hailed by the likes of The New York Times and Rolling Stone. The New York Times declared “Ms. Wilson has a catch in her voice that conveys yearning and potential heartbreak behind a facade of cheer” and Rolling Stone raved, “she goes beyond honoring tradition to create something all her own.”