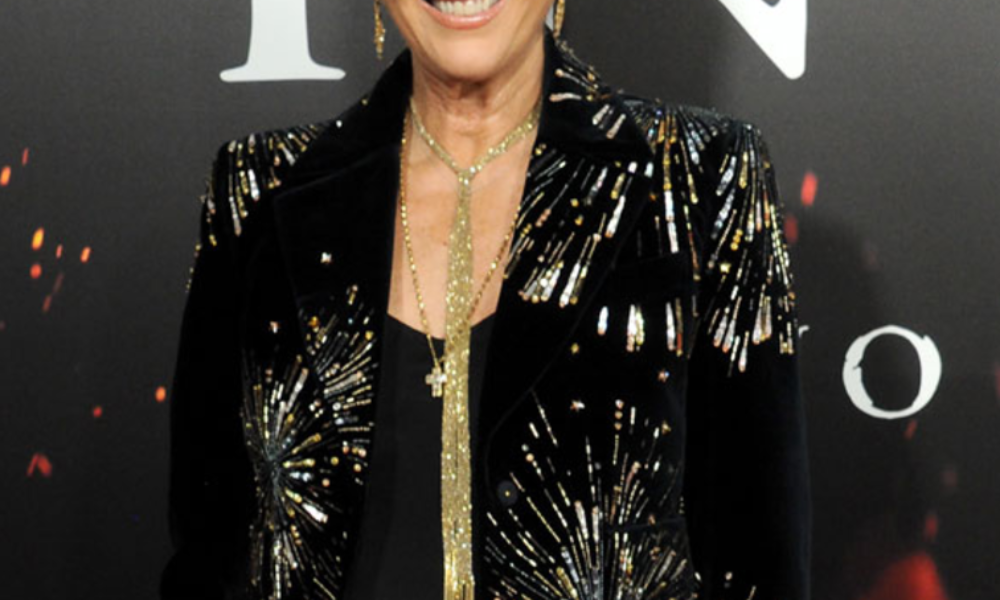 Rita Wilson tells us about the upcoming Women’s Guild Cedars-Sinai Annual Gala, what life has been like as a survivor of breast cancer, and why she’s excited to be back as Marnie’s mom in the final season of Girls.

Actress, singer, songwriter, wife, mother, philanthropist, breast cancer survivor—how does Rita Wilson do it? After being diagnosed with invasive lobular carcinoma in early 2015, Wilson underwent a double mastectomy and reconstruction, and was cancer free before the year was over. The star channeled the experience into her recent, no-holds-barred, self-titled album and wasted no time getting back to her first love, acting.

Here, we catch up with Wilson to talk about her upcoming musical performance for the Women’s Guild Cedars-Sinai Annual Gala, the lifestyle changes she has incorporated into her daily routine since her breast cancer treatment, and where she likes to eat and drink around town.

You are a strong example of a survivor of breast cancer. How has life been since your treatment?
RW: I am blessed with good health. I have made changes to my diet and exercise. I make sure that I eat a healthy, clean diet, have lowered my alcohol intake to five glasses or less per week, exercise daily, even if only for a half hour just to get the blood flowing, and try not to sweat the small stuff.

What is your advice for others out there dealing with breast cancer in terms of detection and treatment?
RW: I am a firm believer in second opinions if you have any questions at all about a diagnosis, or even when you’re told you are cancer free. I was told I did not have cancer, but my gut told me that I should continue to get answers because something didn’t feel right. A friend who is a two-time breast cancer survivor told me to get a second opinion on my pathology, which I did, and that’s when I found out I had cancer.

Can you tell us about your upcoming performance at the gala? Any particular songs you are excited to perform?
RW: Since it is the Women’s Guild, I will do Girls Night In for sure. How can you not celebrate the strength and awesomeness of women and their friendships?

How has it been performing your own music live? Was it easier or harder given your acting background?
RW: Performing music live is such a blast. With acting, you always have a character to hide behind. With music, it is you, front and center, with nothing to hide behind. I find that exhilarating. I love performing live because I love the audience and feel their energy. It is inspiring.

Have you always been musically inclined?
RW: I played piano as a kid and would always perform songs whenever anyone asked me to. As I started acting more, the singing fell to the wayside. It wasn’t until I did “Chicago” the musical on Broadway that I told myself that I couldn’t go on without having music in my life on a personal level. It just gave me too much joy. It’s scary when you decide to let that info out, though, because you never know how you will be received. It’s scary, but I believe you have to allow yourself to be terrified at trying new things. In fact, I would say if something scares you, you should probably do it.

What is your songwriting process like?
RW: Writing is so intimate. I have said that songwriting is like this: You walk into a room, fall madly in love with a complete stranger, you strip naked emotionally, have musical intercourse, and give birth to a beautiful song baby.

Is there a favorite song of yours that is especially meaningful?
RW: Probably, “Grateful.” I wrote that song with Kara DioGuardi and Jason Reeves. Kara was the person who told me I could write a song, and then she actually made sure we wrote together. That started it all. Without Kara, I wouldn’t be writing songs at all. I am very grateful to her and for that song.

Can viewers look forward to seeing you back as Marnie’s mom during the final season of Girls?
RW: Yes! I will be back and cannot wait to see the episode. It is one of the most outrageous for my character. Lena [Dunham] really wrote a doozy! I am going to be sad to see the show end as I have loved working with Allison Williams, Lena, and the Girls cast.

As an LA native, where do you like to eat and drink around town?
RW: I love my hometown! I still go to Musso and Frank, a place I loved as a child. I had my 21st birthday at Dan Tana’s, and we still go there. I love Katsuya, Mr. Chow, Giorgio’s, and In-N-Out for special occasions!