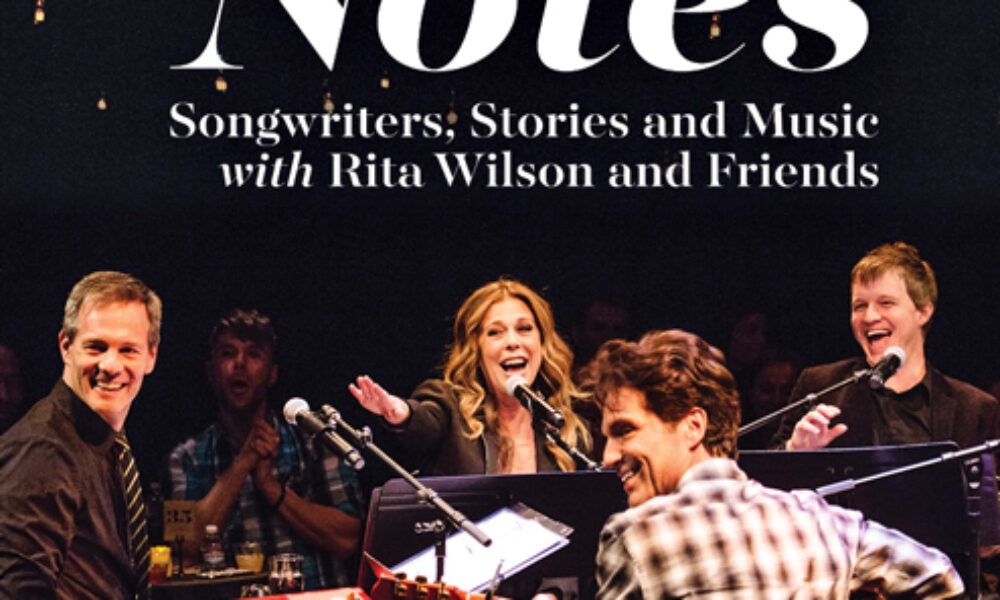 LOS ANGELES, CA (August 16, 2017) – Rita Wilson is bringing her vocal and songwriting talents to the Audrey Skirball Kenis Theater at the Geffen Playhouse this September for the third time. This limited engagement Spotlight Entertainment Series performance features Wilson and guest songwriters performing and telling the stories behind their songs in a cabaret setting. Guests songwriters include Jeff Barry, Kristian Bush, Desmond Child and Billy Steinberg, among others.

Wilson has a long history with the Geffen. In addition to her Liner Notes performances in 2015 and 2016, she starred in the theater’s production of Donald Margulies’ Pulitzer Prize-winning play Dinner with Friends and Nora and Delia Ephron’s critically acclaimed Love, Loss and What I Wore. In 2009, she was presented with the Distinction in Theater Award at the annual Backstage at the Geffen event.

Well-known as an actress (It’s Complicated, Sleepless in Seattle, a recurring role in CBS’s The Good Wife, HBO’s award-winning series Girls and, most recently on Broadway in Larry David’s smash hit, Fish in the Dark), and as a film producer (Mamma Mia!, My Big Fat Greek Wedding and its sequel, My Big Fat Greek Wedding 2, for which she co-wrote and performed Even More Mine), Wilson’s first love is music.

In May 2012, she realized a lifelong dream with the debut of her solo album AM/FM. The album, released by Decca/Verve Records, is an intimate, elegant and beautifully sung collection of covers of her favorite songs from the 1960s and 1970s. Since the release of AM/FM, Wilson has been focusing on a new component of her musical career as a songwriter. In March 2016, she released her self-titled second album, showcasing her skill for creating insightful, eloquent singer-songwriter pop music that is etched with stunning honesty. For two years prior to the release, she worked with a host of the finest award-winning and best-selling songwriters and producers in both Los Angeles and Nashville. This new material was prominently featured in her sold-out two-week residency at the famed Café Carlyle in New York City. “Ms. Wilson has a catch in her voice that conveys yearning and potential heartbreak behind a façade of cheer. As a stage performer, she is gregarious and forthright; a natural entertainer,” said The New York Times. Connie Britton performed Wilson’s song “Strong Tonight” on an episode of ABC’s Nashville in spring 2016. In June 2016, Wilson toured with Rock and Roll Hall-of-Famers Chicago, one of the bestselling bands of all time with more than 100 million albums sold.

Jeff Barry is a pop music songwriter, singer and record producer who started his career in New York, making famous The Dixie Cups, The Crystals, Ronnie Spector, Andy Kim, Ray Peterson and Ron Dante of the Archies. He partnered with Ellie Greenwich in the 1960s to form one of the decade’s most prolific songwriting and producing teams. Together with Phil Spector, they helped define the “Girl Group” sound with the hits “Da Doo Ron Ron” and “Then He Kissed Me” by The Crystals and “Be My Baby” and “Baby, I love You” by The Ronettes. They also penned the classic “River Deep, Mountain High” by Ike and Tina Turner and “I Can Hear Music” by The Ronettes and The Beach Boys. In 1964, Barry and Greenwich joined the new label, Red Bird Records, to write and produce 15 hits out of its first 20 releases, including “Chapel of Love,” “People Say,” and “Iko Iko” by The Dixie Cups and “Remember (Walkin’ in the Sand)” and “Leader of the Pack” by The Shangri-Las. The duo went on to discover singer-songwriter Neil Diamond, producing his first hits “Solitary Man,” “Cherry, Cherry,” “Kentucky Woman” and “Girl You’ll Be a Woman Soon.” Barry wrote the television theme songs for One Day at A Time, The Jeffersons, Where’s Waldo? and Family Ties. He continued to write chart-topping hits, including the No. 1 hit single “I Honestly Love You” for Olivia Newton-John; Jeffrey Osborne and Joyce Kennedy’s “The Last Time I Made Love” and Gary Stewart’s “Out of Hand,” among many others. He was inducted into the Songwriters Hall of Fame in 1991 and the Rock & Roll Hall of Fame in 2010.

Grammy-winning recording artist Kristian Bush has been leaving his mark on music for more than two decades. The singer, songwriter, producer and multi-instrumentalist started his career with folk-rock duo Billy Pilgrim in the early 1990s. In 2004, he exploded onto the country music scene with Sugarland, surpassing sales of more than 22 million albums worldwide, achieving five No. 1 singles and winning numerous Grammys, American Music, Academy of Country Music, Country Music Television and Country Music Association awards. In 2014, Bush made his solo debut with Top 20 hit “Trailer Hitch,” featured on his critically-acclaimed album Southern Gravity, which Country Weekly named the “feel-good album of the year” and Rolling Stone named one of the Top 10 country albums of 2015. He wrote and performs “Forever Now,” the theme song to TLC’s reality series Say Yes to The Dress; his songs anchored the world premiere of Troubadour, a musical set in 1950s Nashville, which debuted at Atlanta’s Alliance Theatre Center in January 2017; and most recently, he won raves for producing Lindsay Ell’s debut album, The Project. Currently signed to Wheelhouse Records/BBR Music Group, his single, “Sing Along,” is out now.

Desmond Child has written more than eighty Top 40 hits, including “Livin’ On A Prayer,” “You Give Love a Bad Name,” “I Was Made for Lovin’ You,” “Dude Looks Like a Lady,” “Livin’ La Vida Loca” and “Waking Up in Vegas.” From Aerosmith to ZEDD, his collaborations also include Bon Jovi, KISS, Joan Jett, Cher, Cyndi Lauper, Ricky Martin, Christina Aguilera, Kelly Clarkson, Carrie Underwood, Garth Brooks, Meat Loaf, Sia and Katy Perry, selling more than 500 million records worldwide, as well as downloads, YouTube views and streaming plays already in the billions. His autobiography Livin’ On A Prayer: Big Songs Big Life with David Ritz is scheduled for release in the spring of 2018. Child was inducted into the Songwriters Hall of Fame in 2008 and serves on its Board of Directors, as well as the Board of ASCAP. In 2012, he co-founded the Latin Songwriters Hall of Fame and serves as its Chairman/CEO.

Billy Steinberg has been among the most successful songwriters of the past 30 years, co-writing with Tom Kelly five No. 1 singles on Billboard’s “Hot 100” chart: “Like A Virgin” (Madonna), “True Colors” (Cyndi Lauper), “So Emotional” (Whitney Houston), “Eternal Flame” (The Bangles) and “Alone” (Heart). Additionally, he wrote the Top 10 hits “I’ll Stand by You” (Pretenders), “I Touch Myself” (Divinyls), “How Do I Make You” (Linda Ronstadt), and “I Drove All Night” (Roy Orbison, Cyndi Lauper, Celine Dion). Steinberg and Kelly were inducted into the Songwriters Hall of Fame in 2011. In the mid-1990s, Steinberg teamed up with Rick Nowels. They won Grammy Awards for producing the song “Falling into You” for Celine Dion. Steinberg currently works with Josh Alexander and they have written and produced the hits “Too Little Too Late” (JoJo) and “Give Your Heart a Break” (Demi Lovato).

ABOUT GEFFEN PLAYHOUSE Geffen Playhouse has been a hub of the Los Angeles theater scene since opening its doors in 1995. Noted for its intimacy and celebrated for its world-renowned mix of classic and contemporary plays, provocative new works and second productions, the not-for-profit organization continues to present a body of work that has garnered national recognition. Named in honor of entertainment mogul and philanthropist David Geffen, who made the initial donation to the theater, the company was founded by Gilbert Cates and is currently helmed by Executive Director Gil Cates, Jr., and Co-Chairs of the Board Martha Henderson and Pamela Robinson. Proudly associated with UCLA, the Geffen welcomes an audience of more than 130,000 each year, and maintains extensive education and community engagement programs, designed to involve underserved young people and the community at large in the arts. www.geffenplayhouse.org