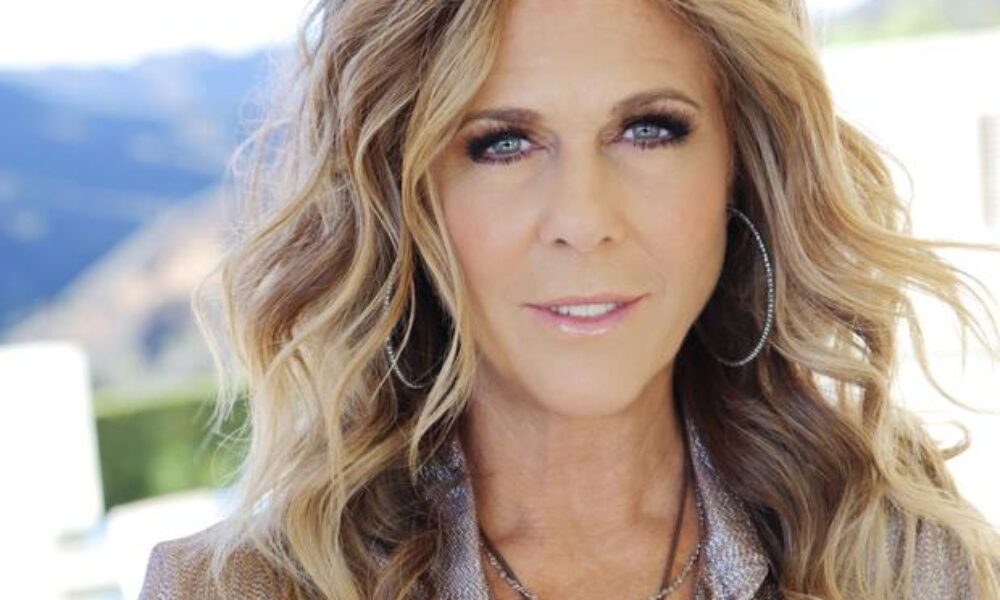 For decades actress Rita Wilson has helped bring other people’s stories to life with memorable turns in such films as 1993’s “Sleepless in Seattle,” 1999’s “Runaway Bride,” and 2016’s “My Big Fat Greek Wedding 2.” In more recent years, Wilson, who felt inspired to pursue a musical career after singing the role of Roxie Hart in “Chicago” on Broadway, in 2006, has seized the opportunity to tell her own stories through original songs and videos.

The singer-songwriter, who in the past three years alone has beaten breast cancer, gets even more reflective about her life and relationships on her third album, the acoustic-based, ballad-driven “Bigger Picture.”

“To me, the album is a little bit like a musical scrapbook of things I’d experienced or thought about or wanted to explore with my co-writers,” Wilson told Download.com. “It’s about looking at your past and figuring out who you are and how you got to where you are. Because sometimes when I’m fragile and don’t really feel that I have a lot of strength, I have found comfort in going back just in my own mind to things or people that have sustained me or made me strong.”

SEE: The 5 best Netflix alternatives for streaming TV and movies

Wilson said that she views the Instagram (iOS, Android) app in much the same way. It’s not only a great communication tool to tell her stories and read other people’s, but it’s also become an interesting scrapbook of her life and everyone else’s.

“I remember once meeting Kevin Systrom who founded Instagram,” she said. “We were talking, and he said, “I think that Instagram is billions of snapshots of history on any given day. And one day, we’ll be able to go and look at what was going on around the world at any given moment, day, hour, minute, and second, based on the pictures that were taken and posted. That was pretty cool.”

The actress-singer also spoke to Download.com about the indispensability of Dropbox, which app she turns to for the latest info on the Southern California wildfires, and shooting her latest music video, “Tear By Tear” on her iPhone 10.

What’s the one app that you use the most?

I would have to say it’s Dropbox (iOS, Android) because when I’m making music, my producers and cowriters and I are always sending things back and forth to each other on Dropbox. But it’s also used for photographs, videos…

What’s the last app you downloaded?

I downloaded the KTLA 5 (iOS, Android) app to find out what was going on with the wildfires around LA. I liked that it was live streaming the fires the entire time, so you could really get all the information you needed.

When you wake up in the morning, what are the first apps you look at?

OK, after I read “The New York Times” on hard paper and have a cup of coffee, I’d probably check Instagram, because I do my Instagram, myself. So I want to be connected in that way, but I think there’s something about the visual that I respond to really well. I’m a very visual person, so I love that, and I love the ability to write, have a sense of humor, and communicate anything you feel the need to be communicating. I also love Instagram Stories and Instagram Live; they’re wonderful tools and really interesting ways to get more information about our world.

If you could invent your own app, what would it do?

I would like an app that when you’re driving in your car, you could have on your screen the lyrics to songs they’re playing on the radio, scrolling like a teleprompter. You could glance down if you didn’t know the line that they just said and see it.

If there was an app that could save civilization, what would it be?

I think it would be an app that would remind us that goodness and love win. I have always thought there should be something instead of CNN (iOS, Android) — GNN, the Good News Network — and it would just be amazing things that people are doing around the world every day to inspire and make people feel good. Imagine if you were bombarded with good news 24/7, the way we’re bombarded with all this bad news — it would affect you. You’d go around being kinder and more understanding and forgiving.

Are you an Android or Apple user? Why?

I know it can be frustrating sometimes as with any of our technology. But after I had to give up my BlackBerry, when the iPhone came out, it was so easy to use, intuitive, simple, great, and for music particularly, it just did everything that I wanted and needed it to do.

You were even able to shoot your latest video, “Tear By Tear,” on your iPhone 10.

Yes, I had an idea of what I wanted to do and I just started shooting footage, just to see if I could take it from this idea that I had in my head to seeing what you could do with an iPhone X. Literally, just an iPhone — no special Steadicam holders or anything like that.

I didn’t have to have a crew. I made my own shot lists of things I wanted to get. I had a girlfriend who shot some of the stuff that I was in that I couldn’t shoot myself. The resolution’s so good and it’s easy to shoot and edit, although I didn’t edit my video.

My friend, a very talented director, Patrick Tracy, did the editing on Adobe Premiere (Mac, Windows). But I think there’s something really great about the freedom the iPhone X gives me and other people to just do that.