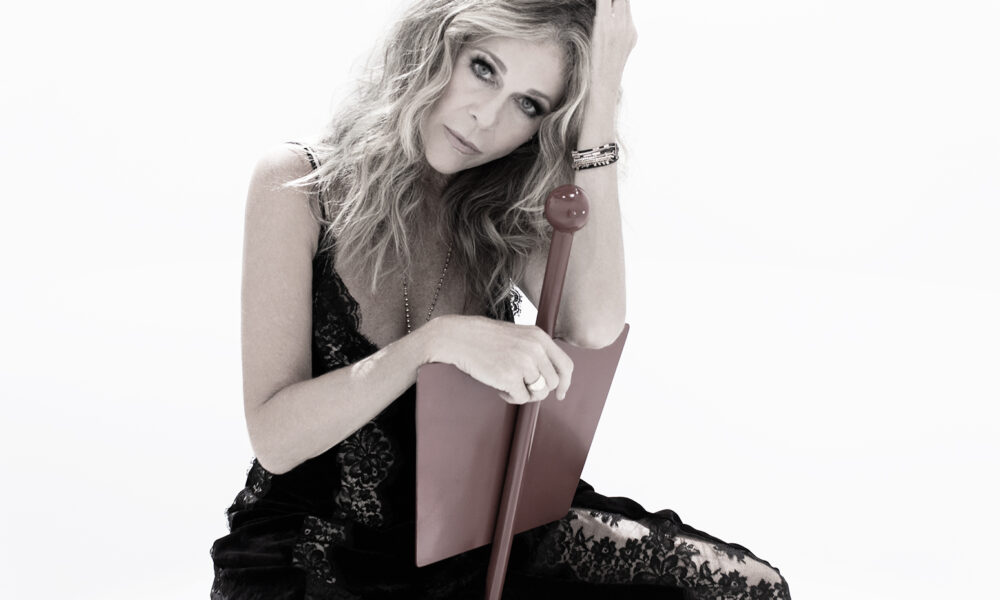 With her extensive career as an actress and film producer, Rita Wilson knows what a great music video should look like. And she knew she was in good hands when she enlisted award-winning photographer and filmmaker Steven Sebring to helm the clip for the title track from her upcoming new album Bigger Picture, premiering exclusively below

“I kind of consider him my creative artistic partner,” Wilson tells Billboard about Sebring, who won a Sundance Award for his 2008 documentary Patti Smith: Dream of Life and also directed the concert documentary Horses: Patti Smith and Her Band, which premieres at this year’s Tribeca Film Festival. Wilson was introduced to Sebring by Dhani Harrison, and she’s worked extensively with him on videos and photography for her two previous albums.

“You can sense his love for songwriters and musicians,” Wilson says. “That comes across loud and clear to me, and he has such a strong video sense. He’s so creative I can give myself over to him with whatever I want to do. I really trust him.”

To represent the intimate “Bigger Picture” — a song “about trying to figure out who you are now by the person you were,” according to Wilson — Sebring employed a multi-camera installation that captured Wilson from 360 degrees, including close-ups and full-body shots. Sepia tones and cloud images were added later. “It’s all done with still cameras and those images can be manipulated and it becomes sort of 3D in a way,” Wilson says. “He’s been working on this for a long time doing lots of projects with this technology. I thought it would be very cool to try something I was super intimidated by and see what might develop, and I’m thrilled with how it came out.”

The Bigger Picture album, meanwhile, finds Wilson growing even more comfortable as a songwriter. Produced by Fred Mollin, her collaborator on 2012’s AM/FM covers set, the album finds Wilson co-writing mostly with a Nashville crew that includes Sugarland’s Kristian Bush, the Warren Brothers and Darrell Brown, as well as pop cohorts like Lindy Robbins and Alex Reid. The set also includes covers of Cat Stevens’ “The Wind” and Burt Bacharach-Hal David’s “What the World Needs Now is Love.”

“I love the process of that broken-down, acoustic feeling,” Wilson explains. “I love storytelling, and I had all these stories and I thought maybe it was a good opportunity to tell these stories in an acoustic format. I always sort of heard them in that way, and there was never enough room on one album to put them on, so that’s how this one came to be.” Among the most affecting of those stories is “Heart Handed Down,” about her late father’s escape from a Bulgarian work camp to come to America.

Bigger Picture comes out Sept. 28 and is the first of three albums Wilson plans to release from the past three and a half years of songwriting. The other two are already finished, and Wilson — who’s also produced three upcoming independent films and wrote a song for one, Simple Wedding, that recently premiered at the Los Angeles Film Festival — describes them as “more uptempo and full band” in their approach, with one more country flavored and the other leaning more towards pop.