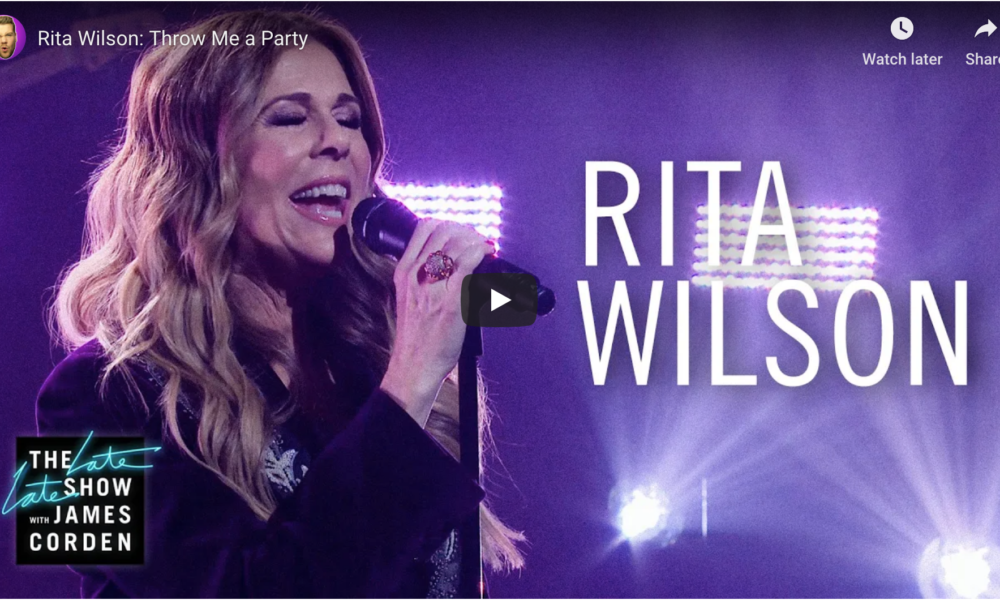 Rita Wilson appeared on The Late Late Show to perform her upbeat new single “Throw Me a Party.” The singer and actress brought an inspirational sense to the stage, showcasing the track alongside a live band and backup singer.

In the clip, Wilson infuses the country-tinged pop song’s lyrics with kindness and enthusiasm, singing, “So when I’m gone throw me a party/You should dance as if I was there/Don’t be sad or be broken-hearted/Just send your voices up in the air.”

“Throw Me a Party” was cowritten by Wilson, Liz Rose and Sugarland’s Kristian Bush. The song was inspired by Wilson’s diagnosis with breast cancer. The lyrics come from a conversation she had with husband Tom Hanks. “I had so many different thoughts,” Wilson said of the experience. “You’re scared, anxious, you think about your own mortality. So I had a serious discussion with my husband that if anything happens, what I’d like is a party, a celebration.”

The song comes off Wilson’s new album Halfway to Home, which dropped March 29. The singer will perform at Stagecoach in April.