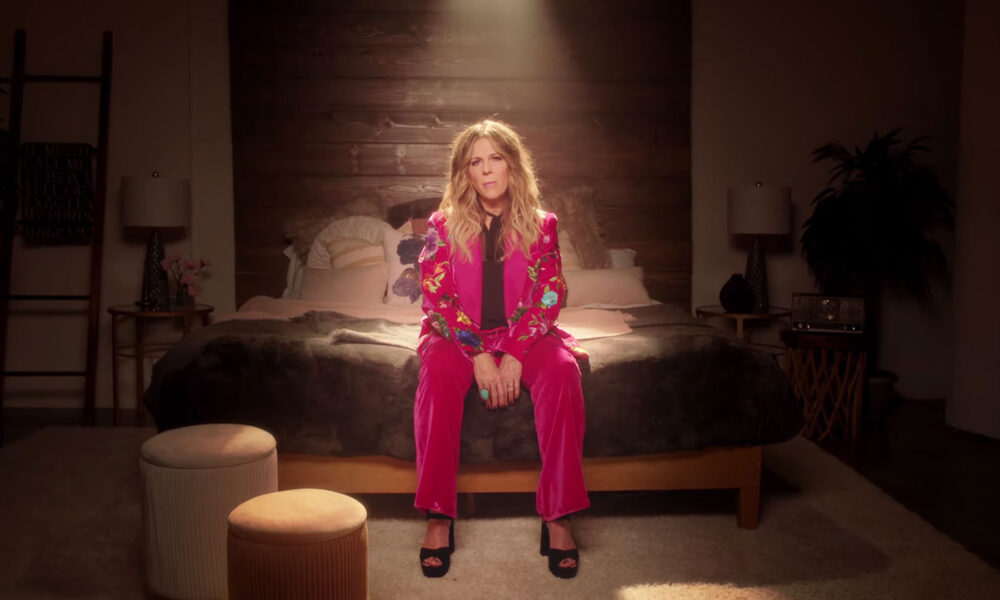 “The stream of consciousness hit me while initially writing the song, I went so deep into a fantasy of what Bob Dylan might be like, and that no matter who you are, your imagination can expand into being that person,” Wilson said of the track in a statement.

The video sees Wilson singing along to “I Wanna Kiss Bob Dylan” in her bedroom — as well as four other people, each dancing with their own copy of Wilson’s single and her colorful custom-made jacket.

“I wanna kiss Bob Dylan / To see what it would be like,” Wilson sings on the track. “Would his kisses be long like his six-minute songs on Time Out of Mind?“

The Bia Jurema-directed video was inspired by Wilson’s own portrait of Dylan that became the single’s cover art. “I painted the single cover for the song from a black and white photo of Bob Dylan from many years ago. Since I didn’t know what the colors in the jacket were I made them up, using fuchsia, orange, green, yellow, because in my head that felt right. The colors are like an explosion of creativity.”

Wilson added of the video’s signature coat. “In the video, the jacket becomes a representation of our inner artist, the cloak we don as we create, as we imagine a new song, or painting, or dance, or book. Each artist has their own artistic expression. We are only limited by what we allow ourselves to imagine.”

The jacket in the video was created by designer L.A. Roxx, who has created similarly bright custom-made outfits for Post Malone and Britney Spears. The track was co-written in quarantine by Wilson and songwriters Caitlyn Smith and Jennifer Decilveo.

Following the release of 2019’s Halfway to Home, her fourth studio album, Wilson has ended 2020 with a string of new singles, including “I Wanna Kiss Bob Dylan,” “Pray for Peace,” “What Would I Say” and “Everybody Cries” from the film The Outpost. Earlier this year, following about with the coronavirus, Wilson went viral for her remix of Naughty by Nature’s “Hip Hop Hooray.”

Click here to read the original article in Rollng Stone