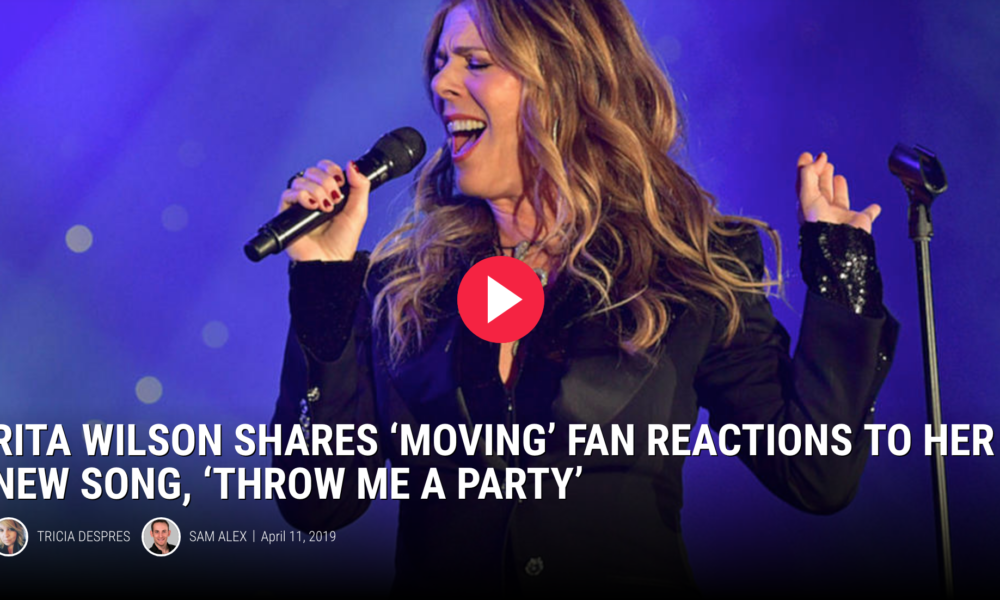 By Tricia Despres and Sam Alex

Rita Wilson has chased a music career for nearly seven years. But it wasn’t until this year that she released a song that has seemingly touched everyone who has heard it.

That song is called “Throw Me a Party.”

“I had been diagnosed with breast cancer four years ago, and when I got the diagnosis, I didn’t know what the prognosis was going to be,” Wilson tells Taste of Country Nights host Sam Alex. “I got scared and I said to my husband (Tom Hanks) that, ‘Look, if something happened to me and I should go before you, please be sad for a very long time, but first, I want a party. I want to have a celebration.’ So I had this title, ‘Throw Me a Party.’”
-ADVERTISEMENT-

Wilson quickly went to work writing the song alongside Liz Rose and Sugarland’s Kristian Bush, and it is now featured on her fourth studio album, Halfway to Home.
“For me, the creative process allowed me to take those thoughts and put them into something that I can make something out of instead of just sitting there in the dark,” says Wilson, who underwent a double mastectomy and reconstructive surgery shortly after receiving her breast cancer diagnosis.

Ever since the release of “Throw Me a Party,” Wilson has been hearing from people who have taken the song’s advice, and plan to have quite the celebration upon their death.

“It’s very moving, and actually, it’s incredible,” says Wilson, who made her Grand Ole Opry debut back in October. “It’s empowering, I think, when people say I know that this is happening to me and I’m already planning it.”

Listen to Rita Wilson’s Interview With Taste of Country Nights: